This paper was written by Project Alpha.

This paper considers how to strengthen United Nations Security Council sanctions which have been imposed on States that sponsor proliferation.  Evidence contained in reports issued by two UN Sanctions Panels, on Iran and on the DPRK, shows that the majority of interdictions of goods and materials by Member States, in compliance with UN resolutions, do not involve items listed under UN sanctions. In the large majority of cases action has been taken by Member States on the basis of “catch-all” provisions. This suggests, first, that Iran and DPRK are developing their proliferation programmes in large part based on procurement of non-listed items, and second, that strengthening the impact of UN sanctions on State-sponsored proliferators requires strengthening the language of “catch-all” provisions.

Download the full Alpha paper at the link below.

A Chinese graphite factory owned by notorious missile proliferator Li Fangwei (Karl Lee) and sanctioned by the US Treasury is listed as a "Gold Supplier" on alibaba.com, Project Alpha has discovered.

On 29 April, the US designated the graphite factory - Sinotech (Dalian) Carbon & Graphite Manufacturing Corporation - as a front company in Li's China-based missile component sales network, which has sold more than $10 million worth of prohibited goods to Iran.

Alibaba has quickly removed other listings belonging to sanctioned entities when notified. An advert belonging to Machine Sazi Arak, an Iranian company sanctioned by the EU and US for its role in Iran's heavy water reactor programme, has apparently been taken down after being highlighted in the Financial Times' recent article on Alibaba's proliferation problem.

But the appearance on alibaba.com of Li Fangwei's graphite factory five months after the factory was publicly designated by the US highlights the need for alibaba to bolster its compliance processes. As Project Alpha has recommended, alibaba's first step should be to introduce proactive screening mechanisms to prevent sanctioned entities from listing on the company's various sites.

UPDATE: As of 12 November, Sinotech (Dalian) Carbon & Graphite Manufacturing Corporation is NO LONGER LISTED on alibaba.com.

In December 2012, a shipment of high-strength carbon fibre bound for Iran was interdicted and seized in Singapore. This case study provides an overview of the carbon fibre seizure and the entities involved in the attempted shipment, which span Iran, mainland China, Hong Kong and Georgia. While the end-user of the material remains unknown, the size of the seized goods – 7,200kg of high-strength carbon fibre – is easily sufficient to produce at least enough centrifuge rotors to outfit a Fordow-size uranium enrichment facility. Download the full Alpha report at the link below.

Buried in the most recent round of US sanctions against Iran is a titbit that might provide some insight into one of the most tightly-held secrets of Tehran’s nuclear programme: its future capability to produce weapons-useable plutonium.

Alpha's Ian J. Stewart provides an overview of the current status and future of sanctions against Iran.

In early September 2014, the Atomic Energy Organisation of Iran (AEOI) – the country’s main nuclear agency – hosted an exhibition of allegedly sabotaged equipment that Iran had procured from the international marketplace. The equipment shown provides new insights into Iran’s illicit procurement preferences and methodologies, as well as highlighting challenges for compliance and export control professionals – including gaps in UN sanctions.

From the bomb to bank notes: the US designates more Iranian entities

On Friday, the US Treasury and State Department added more than 25 Iranian banks, companies, people and ships to Washington’s long list of Iranian entities with whom it is prohibited to engage in business or trade. The newly designated entities are accused of transgressions ranging from nuclear weapon research to the illicit acquisition of American banknotes.

Is Rouhani right to call the international sanctions against Iran illegal?

This case study explores the reported efforts of Iranian national Hossein Tanideh and associates to procure valves allegedly for Iran’s IR-40 heavy water reactor at Arak. Tanideh allegedly made efforts to procure valves from Germany and India for use in the IR-40 reactor. Some valves were transferred to Iran, other transfers were not completed. 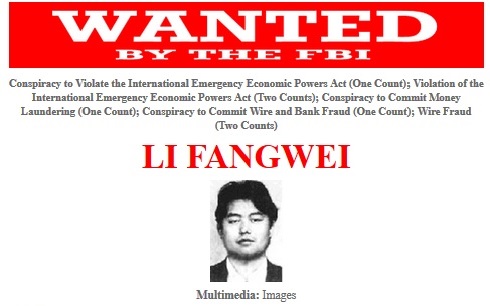 This case study details the alleged involvement of Li Fang Wei (AKA Karl Lee and numerous other aliases) in supplying Iran’s ballistic missile programme in defiance of United Nations sanctions. This case has dragged on for more than a decade, with the US Department of State designating his initial Dalian-based company, LIMMT Economic & Trade, in 2004. Recent developments in this case considerably escalate its importance. In late April 2014, building on a further indictment, the US designated eight more “entities” connected to Li, although Chinese databases suggest that there are only four companies behind these eight. The US Department of State also announced an unprecedented $5 million reward for information leading to his arrest.